This talks aims at providing a description of the crowdfunding sector, considering investment-based crowdfunding platforms as well as platforms in which funders do not obtain monetary payments. It will lay out key features of this quickly developing sector and explore the economic forces at play that can explain the design of these platforms. In particular, the talk will elaborate on cross-group and within-group external effects and asymmetric information on crowdfunding platforms. 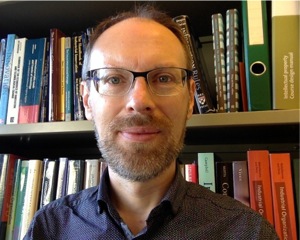 Since 2002, he is professor at Université catholique de Louvain. He is attached to the Center for Operations Research and Econometrics (CORE) and to the Louvain School of Management (LSM), where he teaches courses in the fields of Industrial Organization and the Economics of Innovation.

Paul Belleflamme has published widely in leading economics journals and, with Martin Peitz, is the author of Industrial Organization: Markets and Strategies (Cambridge University Press, 2010). He is a member of ECORE, a fellow of the CESifo Research Network, and a associate researcher of CRECIS.