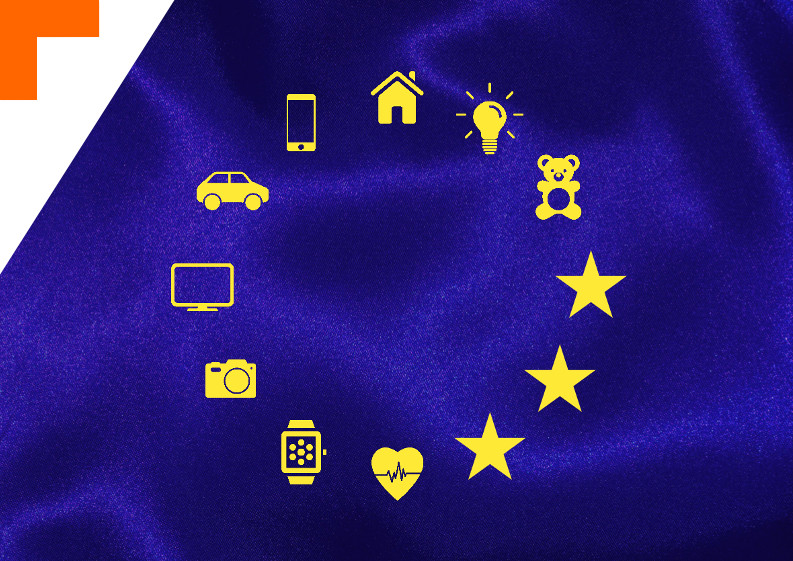 Godefroy Beauvallet, Innovation Director of the Institut Mines-Télécom. Graduate of Polytechnique in 1994 and of Télécom ParisTech in 1996, chief engineer of mines, Godefroy Beauvallet was a senior lecturer in management at Télécom ParisTech and then director of strategy and financial affairs at Institut Télécom (now Institut Mines-Télécom) from 2007 to 2011. In 2011, he headed the AXA Research Fund and became Head of Product Design & Ecosystem at AXA Global P & C. Godefroy Beauvallet is Vice-President of the National Digital Council (Conseil National du Numérique - CNNum) since 2013.

Thibaut Kleiner is the Deputy Head of Cabinet of Günther H. Oettinger, the European Commissioner for Digital Economy and Society. He has worked since 2001 for the European Commission. The first ten years of his career in the Commission were spent in the area of competition policy (merger, antitrust and state aid). He was in 2007-2010 Member of the Cabinet of Neelie Kroes, Commissioner for competition. In charge of state aid, he supervised banking and restructuring cases for more than one trillion euros during the financial crisis, as well as high-profile energy and tax cases. He was then Head of Unit for coordination in DG Competition. In 2011, he moved to the digital policy area, as advisor of Vice-President Neelie Kroes, in charge of the Digital Agenda, and supervised Internet policies at large (Internet governance, cloud, cybersecurity, data). From 2014 to 2016, he was Head of Unit in charge of network technologies (5G, Internet of Things) in DG Connect. An economist by training, Thibaut Kleiner holds a Master from HEC Paris and a PhD from the London School of Economics.

Robert MacDougall is Head of Enterprise Public Policy at Vodafone Group, where he leads on all public policy matters relevant to Vodafone’s enterprise activity. Robert has spent the majority of his career in electronic communications regulation, including eight years at the UK’s Communications Regulator Ofcom (and its predecessor Oftel) in a variety of roles involving policy development, dispute resolution and also competition enforcement. Prior to joining Vodafone, he was an Assistant Director at the UK’s Competition and Consumer Protection Authority. This included a secondment to the US Federal Trade Commission as an FTC International Fellow. Robert has a primary degree in Law and a Masters degree in Information Technology and Telecommunications Law. He is currently Chair of the Alliance for Internet of Things Innovation (AIOTI) Policy Working Group, an initiative which has been set up to support policy and dialogue within the Internet of Things ecosystem.

Olivier Ezratty is a freelance innovation expert helping organizations shape their product, ecosystem and business strategies. He is engaged in many startup and innovation communities: coaching and doing startups due diligences for investors, working in various verticals (telcos, healthcare…) and as guest university speaker. He shares his techno-screening perspectives on his blog “Opinions Libres” (www.oezratty.net) including his in-depth report on the Las Vegas International CES published every January since 2006 and the Startup Guide.

10:50 Round Table: “The Internet of Things in the European Ecosystem”
With

14:00 Round table : “IoT and the implementation of the new General Data Protection Regulation (EU)”

The General Data Protection Regulation ("GDPR") came into force on 24 May 2016 and will apply from 25 May 2018. What would be it main impacts on the design of devices, application and services involved in the IOT?

Yann Padova is Commissioner with the Commission de Régulation de l’Energie (CRE – the French energy regulator).  He was appointed by the President of the French Congress (Assemblée nationale) in 2015, notably because of his expertise in the field of personal data and IT Law. As a Commissioner, he particularly focuses on issues related to the protection of personal data in the context of the roll out of smart-meters and the development of smart grids, the implementation of Open Data processes and the consequences of Big Data projects on the energy sector. Yann Padova started his career as “Administrateur” (staff member) at the French Congress and served 7 years at the Law Committee on IT laws and on criminal law (notably cyber criminality). In 2006 he was appointed Secretary General of the CNIL, the French Data Protection Authority. When he left the CNIL in 2012, he joined Baker & McKenzie as a lawyer, specialized in personal data laws and regulations, information technology, compliance and cybercrime. His publications notably deal with: the relation between data protection regulation and innovation, the regulation of international data transfers after the ECJ ruling on the “Schrems” case, cyber criminality, digital identity and the regulation of algorithms. Twitter: @yann-padova

Denise Lebeau-Marianna, Head of the Data Protection practice at Baker & McKenzie Paris since 1994. She is specialized in new technologies law, IT and Internet law and assists clients in contentious and non contentious issues. Denise specializes in advising clients in global data privacy governance and compliance projects, multijurisdictional surveys. In 2010, Denise Lebeau-Marianna has been admitted as EuroPriSe Expert (Legal), she is CIPP (Certified Information Privacy Professional) and she led the team who obtained in December 2014, the CNIL Label for data protection trainings. She is an active member of IT associations in France including ACSEL (Association Française pour la Confiance dans l'Economie Numérique), AMCHAM (Privacy task Force) and Cyberlex. She is also the secretary general of the Franco-Indian chamber of Commerce.

What would be the implications of these technologies at the individual and  collective level?  How the structures of our societies will evolve? For which benefits and at what potential cost?

Rob van Kranenburg wrote The Internet of Things. A critique of ambient technology and the all-seeing network of RFID, (Network Notebooks 02, Institute of Network Cultures, 2008). Together with Christian Nold he published Situated Technologies Pamphlets 8: The Internet of People for a Post-Oil World. He is co-founder of bricolabs.net and Founder of Council, theinternetofthings.eu. Council is an #iot ecology accelerator with over 300 members and over 60 Conference partnerships since 2009. He currently works as Community Manager in the FP7 Project SocIoTal (sociotal.eu) on smart cities and Ecosystem Manager for TagItSmart, tagitsmart.eu. He Chairs AC04, Hyperconnected Society of the IERC. Twitter: @robvank

Bernard Benhamou is Secretary General of the Institute of Digital Sovereignty (ISN) and a senior lecturer on Internet governance at Paris-I University (Panthéon Sorbonne). He has previously occupied various functions: interministerial Delegate on Internet usage (Ministry of Research and Ministry of Digital Economy, 2007-2013), coordinator of the French Presidency of the European Union Ministerial Conference on the Internet of Things (2008), advisor of the French Delegation at the United Nations World Summit on the Information Society (WSIS) between 2003 and 2005, head of the Forecast & Internet Governance Mission at the Agency for the Development of e-Government (ADAE- Prime Minister Office & Ministry of Foreign Affairs), head of the Mission “Internet, Schools & Family” at the French Ministry of Education, senior lecturer at the National School of Government (ENA) and at the Political Sciences Institute in Paris (Sciences Po), advisor for the French Ministry of Foreign Affairs on Internet projects in developing countries. Bernard Benhamou is a founding member and technology advisor of PlaNet Finance (Internet based NGO devoted to giving microcredit to the developing countries). He was also conceptor, in 1997, of the first Network and Internet based exhibition in the french museum of science (Passport to the Cyberworld / Cité des Sciences et de l’Industrie). Twitter: @BernardBenhamou