10th Conference of the Chair Values and Policies of Personal Information 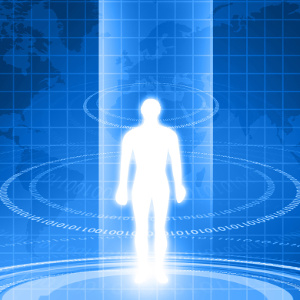 In our digital age, the consequences of the use or misuse of personal data, is a critical challenge that needs to be addressed on a planetary scale for both citizens, and governmental or economic actors.

This challenge implies no less than international discussions and decisions. What is at stake is no less than the respect of the protection of Personal data and private life of the citizen, as illustrated by the judgment of the European Court of Justice of October 6, 2015 on the Safe Harbor. Agreement.

To get a better understanding of these issues and concrete consequences, and to better see how the international treaties and agreements presentely being discussed play a critical part in it, the Chair invites you to listen to key personalities directly involved, at the highest European and International level of decision, in all the ins and outs that will shape our lives for a long time.

Claude was previously Director of JCWI, the national migration and refugee charity and Chief Executive of the Immigrants' Aid Trust.
Before his NGO work he was a House of Commons adviser and was a national officer at the TUC in Congress House and a representative to the European TUC. He was a Council member of Liberty.

With a legal background, Claude has campaigned, written widely and provided regular media commentary on human rights and migration issues including co-authoring the 'Politics of Migration' (Blackwells, 2003) and  ‘The European Union after the Treaty of Lisbon’ (Cambridge University Press, 2012), as well as organizing legal test cases in UK and the European Courts. Claude Moraes was named Dods and the Parliament Magazine’s 'MEP of the Year' for his work on Justice and Civil Liberties in 2011.

Claude Moraes was the rapporteur in 2014 at the European Parliament of the report "on the US NSA surveillance programme, surveillance bodies in various Member States and their impact on EU citizens’ fundamental rights and on transatlantic cooperation in Justice and Home Affairs (2013/2188(INI))

Paul F. NEMITZ is the Director for Fundamental rights and Union citizenship in the Directorat-General for JUSTICE of the European Commission. The Free movement of people in Europe, Data protection and Children's rights are also key responsibilities of his Directorate.

Before joining DG JUSTICE, Paul Nemitz held posts in the Legal Service of the European Commission, the Cabinet of the Commissioner for Development Cooperation and in the Directorates General for Trade, Transport and Maritime Affairs. He has a broad experience as agent of the Commission in litigation before the European Courts and he has published extensively on EU law. He is teaching EU Law as a visiting Professor at the prestigious College of Europe in Bruges.

Paul Nemitz studied Law at Hamburg University. He passed the state examinations for the Judiciary in Hamburg and for a short time was a teaching assistant for Constitutional law and the Law of the Sea at Hamburg University. He obtained a Master of Comparative Law from George Washington University Law School in Washington, D.C., where he was a Fulbright grantee. He also passed the first and second cycle of the Strasburg Faculty for comparative law, supported by a grant of the German Academic Exchange Service (DAAD).

Ms. Falque-Pierrotin also served as Deputy Chair of the French Ministry of Culture and French-Speaking World Matters from 1993 to 1995. She became State Counselor (“Conseiller d’Etat”) in November 2001.

After serving as Chair of the Interministerial Commission on Internet Affairs in 1996, she was appointed as an expert adviser for the Organization for Economic Cooperation and Development (OECD) in 1997 and as “rapporteur général” of the report of the French State Council on “Internet and Digital Networks” from 1997 to 1998.

From 2001 to December 2010, Ms. Falque-Pierrotin was Chair of the Advisory Board and General Delegate (“délegué générale”) of the French Internet Rights Forum (“Forum des droits sur l’internet”).

Isabelle Falque-Pierrotin has been a member of the French Data Protection Authority (“Commission Nationale de l’Informatique et des Libertés”) since January 2004. Appointed as Deputy Chair of this authority from February 2009 to September 2011, she became its Chair as of September 21, 2011. She was reelected by the members of the Commission on 4 February 2014.
She was elected Chair of the Article 29 Working Party for a two-year term on 27 February 2014.